It is rare to encounter medium-sized German, Austrian or Swiss companies who have successfully brought their businesses to Asia. A hypothetical example of how such companies often fail can be found in our article “Think again please: Why lose Money in Asia when You Could also Lose it at Home?”, here.

In the following article, we will present an example of a company with success in the Asian market. Although hypothetical, we have based this example upon the average experiences of three successful companies. It is modified somewhat for confidential reasons, but the information is accurate where possible and the example is realistic in its representation of how things may eventuate.

Firstly, let’s go back four years ago to 2010. The owner of a successful medium-sized enterprise from Rosenheim (Bavaria, Germany) makes a chance visit to Singapore during a vacation. This owner originally planned to open a bank account in Singapore to facilitate the transfer of legitimate and taxed deposits into the country from his Swiss bank account, but he abandons this plan upon realising the process is not as straightforward as he expected.

However, recognising that the South-East-Asian market will develop considerably in coming years, the owner sees a business opportunity in relation to the wood processing machines he manufactures. Having grown an initial investment of DM 25,000 in his firm in 1982 into his today’s business with an annual turnover of 50 million Euros and 200 employees in Germany, extending the business to Asia seemed like a logical next step. For this, he could rely on the savings in his Swiss bank account.

First steps to establishing a company in Asia

The businessman coincidentally discovers an Internet article which discusses the activities of a trustee for trading companies in Singapore, namely this page: http://aditus-singapur.com/warum-ein-wirtschaftstreuhander-personlich-haften-mus/.

And so the story begins: remembering the advice that he read on the Internet, the businessman contacts local trustees and identifies a German trustee who is qualified as a lawyer in Singapore. This step later proves to be key.

From the start this trustee explains to the businessman the most important rules of their collaboration: the trustee is to handle all local economic activity except that relating to technical and sales areas. Locally sourced employees would then deal with those areas. The lesson to be learnt from this is that successful sales in South East Asia can only properly be achieved with local sales staff.

The local trustee is able to organise full local management from the beginning, relieving the burden on the owner of hiring a secretary or renting and fitting an office in Singapore. At the initial stage, the trustee registers a simple Representative Office in Singapore and for accounting purposes sales are all handled in the European office. Although most future customers will be within Indonesia and Malaysia, the representative office is in any case located in Singapore, since bilateral trade agreements between Singapore and its neighbours ensure that any such transactions will be straightforward.

The owner decides to engage a headhunter in his search for a suitable regional sales manager. The trustee introduces him to three local German-speaking consultants on human resources and the appropriate hire is quickly identified.

Coincidentally, the owner has the name card of a potential candidate for the sales position who he had met years before in Germany. This candidate is an Indonesian who, having studied wood processing technique in Germany, is now working as the deputy sales manager of a wood processing and plastic machines trader in Singapore. Despite the consultant identifying other suitable candidates, it is clear that ultimately the candidate proposed by the owner is the best option. He is employed with a salary increase and supplement for his personal car being negotiated.

The human resources consultant receives commission of 25% of the annual salary of the new Asian sales manager, under which 33% is paid when the contract is accepted. The sales manager’s expected earnings, including his personal car supplement, are S$240,000 annually, meaning that S$20,000 is due to the human resources consultant for accepting the contract through him. 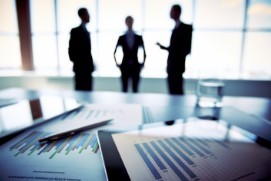 The trustee in Singapore helps the businessman with organizational matters, for example adjusting the firm’s German employment contract to local practices. And in preparation for his post in Singapore, the new regional sales manager quits his position and goes to Rosenheim for three weeks to receive production issue training.

In the meantime, the trustee adapts his activities to the specific requirements of the new company. He allocates a company mobile phone to the regional sales manager, with its number assigned to the German company. This means that, should the sales manager at any point suddenly depart Singapore, the company phone number is maintained. The format for periodic reports back to the European office is also established.

Soon after the newly hired sales manager returns to the region, he begins his sales activities. Within a few weeks his CRM (Customer Relationship Management) system is so full of potential sales opportunities that he barely has time to deal with them all. He spends three to five working days travelling the area, and the remaining two days liaising and reporting to the parent company. The first successful sale comes soon after and after a short time the sales manager becomes profitable. He solves simple technical issues at customer’s premises, supported by the technology in Germany and for more complicated issues he draws on the expertise of his pre-existing local network in Singapore.

Things continue to run smoothly after the first successful year

At the close of the first fiscal year, the trustee rents a small workshop, which also acts as a warehouse, and hires a technician and another salesman. A Pte. Ltd. (Private Limited) company is also established in Singapore during the second year with initial capital of S$5,000. In the course of carrying out these activities, the trustee is acting as an agent of the German company. His involvement means that the salesman and technicians are able to focus on their particular roles in sales and after-sales service, rather than upon economic and legal issues.

The trustee is meanwhile able to take care of the local technical organization and accountancy, working according to the practices of Singapore. He takes over all local administrative work and acts as a first point of contact for the general director in Europe and a source of all current figures and data from the Asia venture.

The description of the successful example now comes to an end since all essential aspects have been pointed out. It is only when the business develops in such a way as to require a local administration that the German owner will take such steps in Singapore. The trustee supports this plan, and his involvement does not end with the establishment of the company and its successful entry to the market. By acting on their behalf on an ongoing basis, he guides local branch of the company through its full development and, by inputting his experience, ensures the owner’s venture is economically successful. 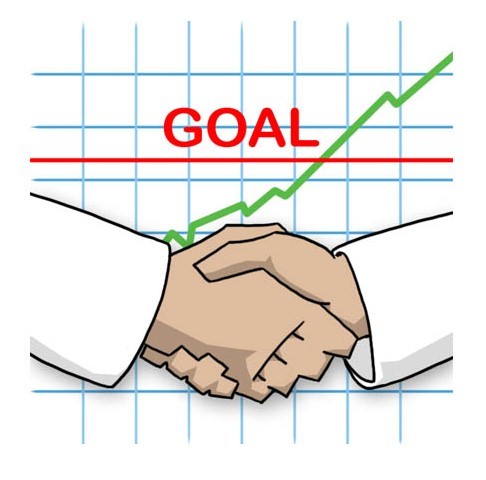 Cases when not everything goes as well as it could

There are of course cases in which things do not run as smoothly as they did in the example cited above.

For example, if the appointed Asian regional sales manager is not so successful in his sales activities and is unable to resolve simple technical issues on site in the course of his job. Or where he hires a secretary with whom he has suspicious personal connections.

In such instances, the trustee is able to recognise the issues and intervene to resolve them before they cause any serious problems. Unlike the sales manager, the trustee has power of attorney in relation to the local bank account in order to carry out his work.

If the newly employed Asian sales manager’s working capacity were to decrease to an extent which would be reflected in the monthly report, the trustee can take the step of terminating the collaboration with him in an unbureaucratic and straightforward manner. The human resources consultant would then identify a replacement cost-free.

Cases in which everything goes wrong

It may be that the local sales manager, despite his efforts, was unable to achieve any visible sales success. Upon sitting down to discuss this situation, the German and Asian sales managers and the owner of the business realise that, for reasons unknown, the German products simply did not sell in South East Asia. The modifications which would be needed for a successful outcome in Asia are so drastic that the venture instead fizzles out.

In this eventuality, the trustee is able to arrange for the conclusion of existing activities in the region as quickly as possible. Three months after making the decision to cease operations in Asia, the owner faces no more expenses. Overall, in comparison with the costs of establishing their own new company in Asia, any expenses incurred were minimal; all-in, the one-year Asian venture cost around 360,000 Euros, the majority of which went to the salary of the regional sales manager and the flight tickets for business travel in the area.

Establishing a branch in Asia in the manner described above, when paired with a strong local team and the expertise of a trustee human resources consultant, minimizes much of the risk for business owners and increases their likelihood of success. By taking these steps, the owner is able to control expenses and retain the ability to cease operations in the region immediately if such a step were to ever become necessary.