It ultimately has happened.

I had been turning the inside of my wallet outwards but it still was not there.

Where is my credit card?

This is something that you do not want to happen during your overseas holidays.

But it happened to me, last week. At the end of the known world, in a remote place in South-East Asia.

And I still could sleep well, as I have applied all the security measures that I have recommended in my earlier article here https://ip-lawyer-tools.com/beware-of-thieves-secure-your-paywave-and-paypass-credit-card-features/

Peace of Mind: My Credit Card is Worthless for Others

My credit card has almost zero worth for someone who finds it.

First, any transaction with my credit card will trigger an SMS being sent to me. If there is anything that is wrong, I can call my bank´s hotline and they will block the credit card. From this call onwards, I am no longer liable for any abuse of my credit card.

My credit card does no longer have a CVV number on it. I have scratched it out with a sharp knife, see here: 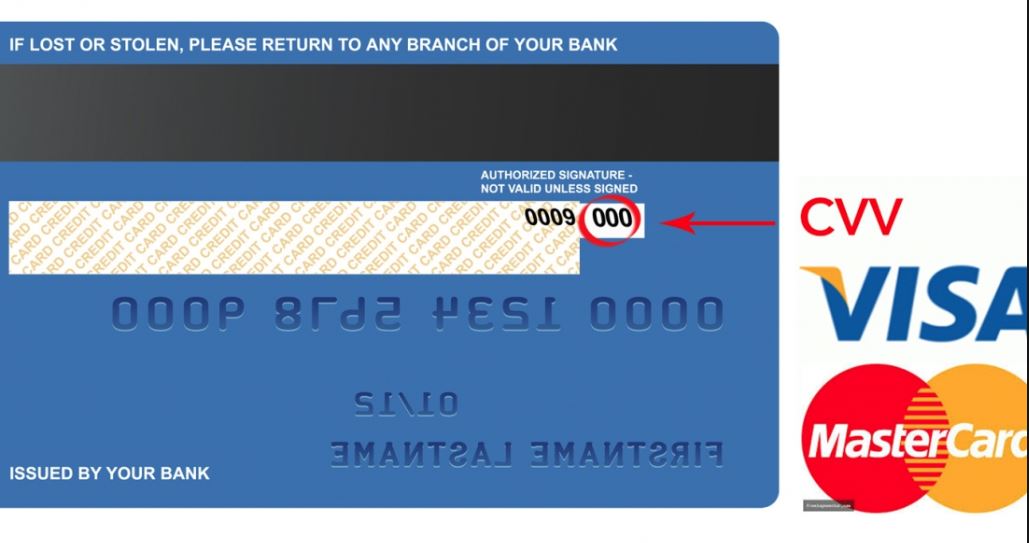 Without that CVV number you cannot use my credit card for online purchases. I still know my CVV number, it is stored in my safe password vault on my smartphone, as described here https://ip-lawyer-tools.com/save-valuable-time-with-this-internet-password-manager-program/

My credit card´s pin is also stored there, and I have not noted it anywhere else.

Peace of Mind: I Can Easily Find Out When and Where I lost My Credit Card

After not finding my credit card in my wallet, I have checked my smartphone. My bank´s latest SMS which notified me about a transaction done with my credit card was from an ATM machine. I have withdrawn 100$ cash.

Now that explains the little voice talking to my heart when I walked back from the ATM to the taxi that was waiting for me at the roadside. I have forgotten my credit card in the ATM. Cash withdrawal in that country works in a different way as compared with Singapore or Germany. In those countries, the credit card is the first thing that you take back after entering the secret pin number into the ATM. From then onwards you do you cash business, initiate money transfers, or whatever. In my remote holiday country, however, taking back the credit card is the last thing that you do, only a second before you leave the ATM.

No wonder that this happened, old dogs like me don´t easily learn new tricks.

I stayed calm, all what happened was that my credit card was lost. I probably could get it back from the bank that operates that ATM where I forgot it.

The bank was too far away for going back and for retrieving it. No problem, replacing the credit card is free. I also have another credit card, just in case that one credit card does not work which happens quite often.

I also did not call my bank for blocking my credit card, I only did so upon returning to Singapore, a few hours later. Yes, I took the risk. Not much damage that could have happened, and unlikely that this would start happening two days after I left my credit card in the ATM.

De-Briefing With a Credit Card Expert

Many credit companies have started to link credit cards to a phone number, so when an Internet transaction is done, a 6-digits code is sent to that phone. Together with the scratched out CVV number, this gives a 100% security against credit card fraud in the Internet.

I have also told my friend Peter about the password vault app on my smartphone, and he could easily comfort me. If someone steals my smartphone, and then hacks into it, and then even hacks into the password vault, this scenario goes beyond what would still be considered as negligent. What I am recommending is actually exactly the method that is also recommended by credit card companies.

Get all your credit cards together, in front of you.

Call the various bank hotlines and set the notification limit for credit card transactions down to 1$. Please note: this is NOT the withdrawal limit of the credit card. The 1$ is the threshold for notifying you via SMS when there is a transaction. The bank won´t like it but they have to do it.

Next, install a password vault on your smartphone, as described here https://ip-lawyer-tools.com/save-valuable-time-with-this-internet-password-manager-program/

Next, enter each credit card´s information into your password vault. Name on the credit card, credit card number, expiry date, CVV number, emergency hotline phone number when it gets stoles.

Finally, scratch all CVV number from your credit cards.

Don´t forget to regularly check each credit card statement for transactions that you have not made.