McCormick & Company (NYSE: MCK), a global leader in flavor, has announced that it will buy Cholula Hot Sauce for $800 million in cash.

Here is the one single Cholula product. 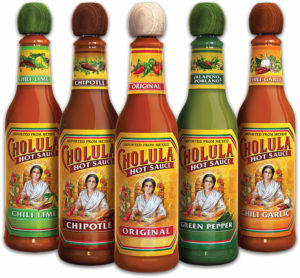 That is How it Works

Annual sales of Cholula Hot Sauce are $96 million. At that rate, it will take eight years for McCormick to recoup the investment, without a nickel of profit. Even if the basic ingredients, hot peppers and vinegar, are essentially free. Even if the cost of production is nil.

Where is the value? It’s mainly in the Cholula brand, which is protected by several registered trademarks. The label is distinctive, but not usually so, and it probably wouldn’t sell the product without the brand name. The wooden cap is made of beech, and it is color coded, e.g., red or green, consistent with the color of the contents. It’s a nice touch, literally, it feels good in the hand. These features help to make the Cholula brand distinctive.

In contrast, the McCormick brand of spices has been around for over 100 years, but over the years, it has lost shelf space to competitors. It’s tough to stay ahead of the pack, with competitors nipping at your heels. Can you empathize? And McCormick is not an entirely unique name; it is a fairly common surname, with several variant spellings, all of which tend to lessen distinctiveness. McCormick registered its “Mc” trademark in 1941, but since then, a more famous “Mc” trademark has supplanted it. Flavor and fast food are related, one would hope.

Now Guess Where the Business Value Originates From

There is only one Cholula: the brand is closely associated with hot sauce.

As is often the case for flavors, the exact recipe for Cholula Hot Sauce is a closely guarded trade secret; in this case, it’s a 100-year old recipe of peppers and spices. I’m a fan. I have two bottles at home, one featuring chipotle peppers and the other featuring a blend of green peppers.

Cholula Hot Sauce is made in Mexico, but its biggest market is the U.S., where it has been sold for a little over 30 years. The Cholula brand is recognized even by people who don’t yet have the hot sauce at home.
McCormick has just placed an $800 million bet that its marketing and distribution, its advertising and promotions, will increase sales of Cholula Hot Sauce.

Would you pay $800 million for hot sauce? Maybe, maybe not.

Here are two action items for you: Register your trademarks, and protect your trade secrets. These two forms of intellectual property (#IP) can be extended indefinitely. They have a longer shelf life and a higher value than hot sauce itself.

BeemLaw acts as IP counsel for the niche business. The Firm focuses on #patent, #trademark, and technology law matters in the U.S. Patent and Trademark Office, the federal courts, and other tribunals, with associates in every major city of the nation and the world.